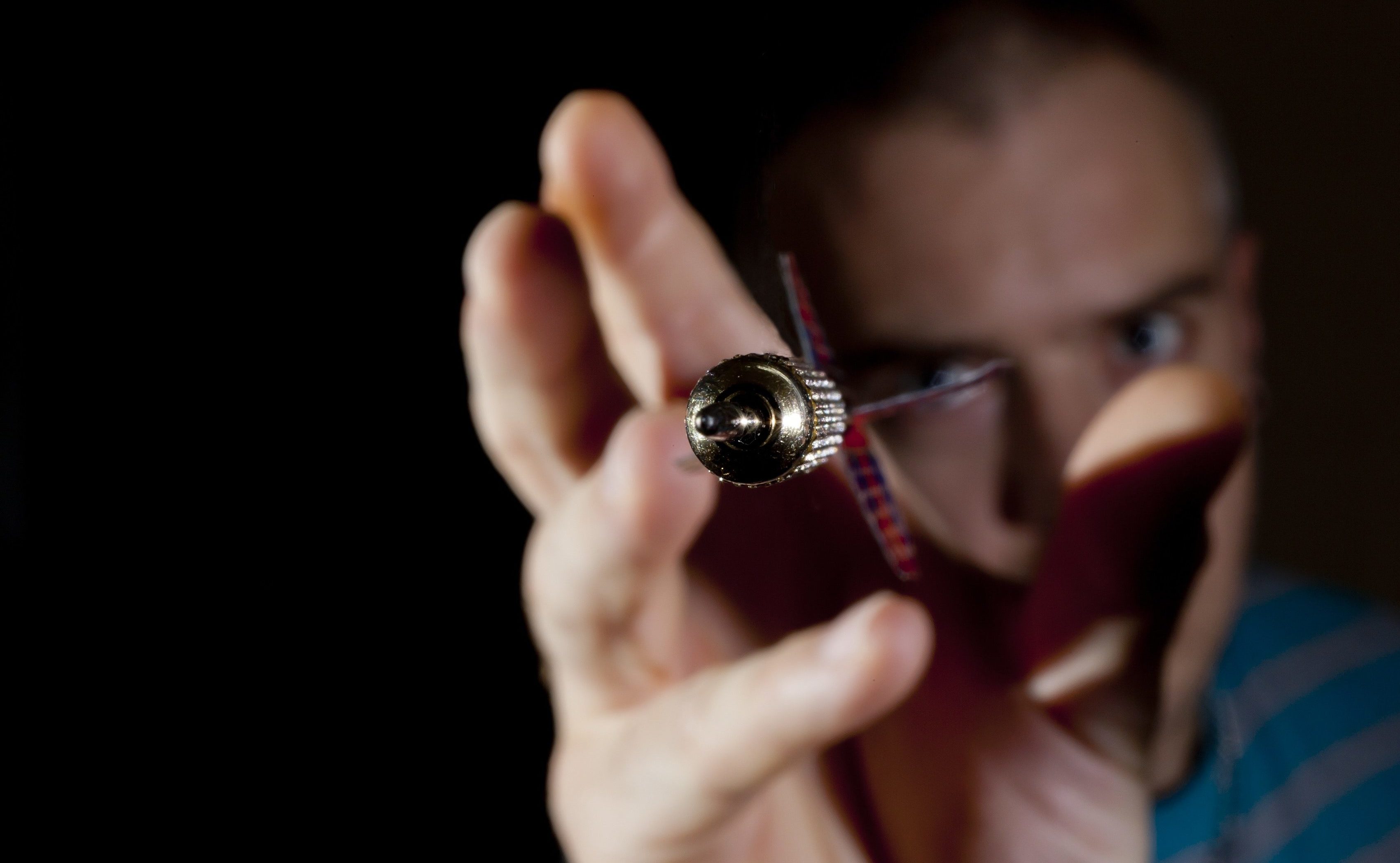 What is the best technique for throwing darts? What are the most exciting tournaments in the darts circuit? What does “mugs away” mean? All-in Global’s stand (N2-102) at ICE will be a non-stop darts party this year, so let’s brush up our savvy.

ICE London 2022 will be kicking off at the Excel this Tuesday, so time’s ticking. Although we’re not the ultimate darts pundits, we’re offering up 5 tips for all newbies out there:

1: Taking the correct stance is pivotal for throwing darts effectively. Make sure you stand in such a way as to avoid throwing the dart at an angle. Your feet should be a little bit left or right off the centre of the dart, depending on which arm you are throwing with.

2: Perfect the follow-through. The dart-throwing motion consists of three stages. In the initial position, where the elbow is bent, the dart should be tilted slightly upwards. The second position is when the forearm swings back. The third position is when you extend your arm and release the dart. In order to perfect the follow-through, you need to snap your wrist just before you release the dart. This will ensure power and stability. Also, your fingers should point down at the end of the throw.

3: Breathe and concentrate. Sounds easy enough but staying in focus is very important to get the best out of any throw.

4: Learn how to throw consistently. Once you are happy with your technique and you are hitting closely to the intended spot, keep going and you will see that this movement will get imprinted in your muscle memory.

WHAT ARE THE BIGGEST TOURNAMENTS IN THE DARTS CIRCUIT?

The PDC World Championship is the biggest tournament by far. The winner takes down £500,000 and the previous event final was watched by 1,5 million people on Sky Sports alone. The broadcast is also hugely popular in Holland and Germany among other countries. It starts in December every year.

The Premier League of Darts runs on Thursdays from February till March and is considered one of the highlights within the world of darts. Michael van Gerwen from Holland has won the league 5 times.

World Matchplay is usually held in Blackpool but was played behind closed doors in Milton Keys in 2021. So when the 2022 Betfred World Matchplay will again allow spectators in Blackpool from July 16-24, darts fans from all over the world will be filling the seats. Peter Wright is the current title holder. This is a “legs only” event, meaning a player advances by reaching a certain amount of leg wins, for example 10.

Our darts party at ICE is no competition to any of these events, but we guarantee lots of fun, cool prizes and worse opponents! 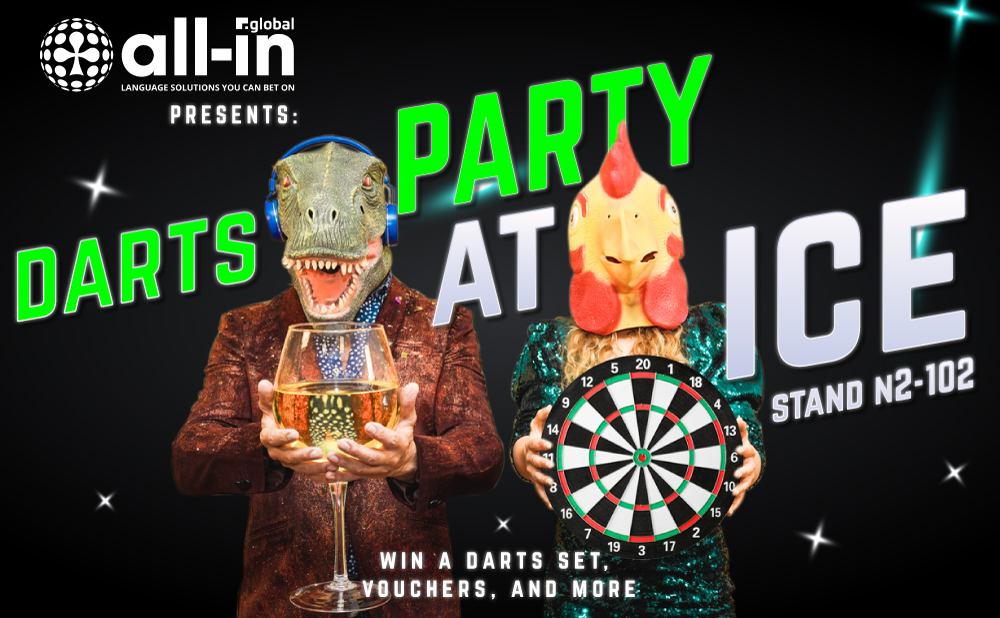 A QUICK GUIDE TO DARTS TERMINOLOGY

All-in Global is a language service provider specialising in gaming and sports betting. Darts has gained widespread popularity among bettors, so we pride ourselves in knowing its terms, sayings, and slang.

Archer: A darts player who throws the dart quickly and smoothly like an arrow from a bow.

Carpentry darts: When you miss completely and hit the wood behind the board.

Double bull: The inner position of the bullseye (50 points as opposed to 25 in the outer position).

Flights: The “wings” or feathers at the end of a dart.

Granny: When you lose without scoring.

Ichigo-byo: This is what you would say in Japanese if you aim at 20 but instead hit a 5 and a 1 along with the 20.

Jugging: Winning the game when a player still has 200 points or more (the losing player needs to chug a jug of beer).

Leg: One game in a match.

Mugs away: The loser of the previous game starts to throw in the next one.

Nish: Finishing the game with two singles of the same value.

Oche: The line which a player throws behind.

Perfect game: Completing the game of 501 in nine throws.

Round the clock: Another term for the game called Around the world.

Upstairs: The upper part of the board.

Velocity: The speed of the dart before it hits the board.

Whale: When you score 9 or less.