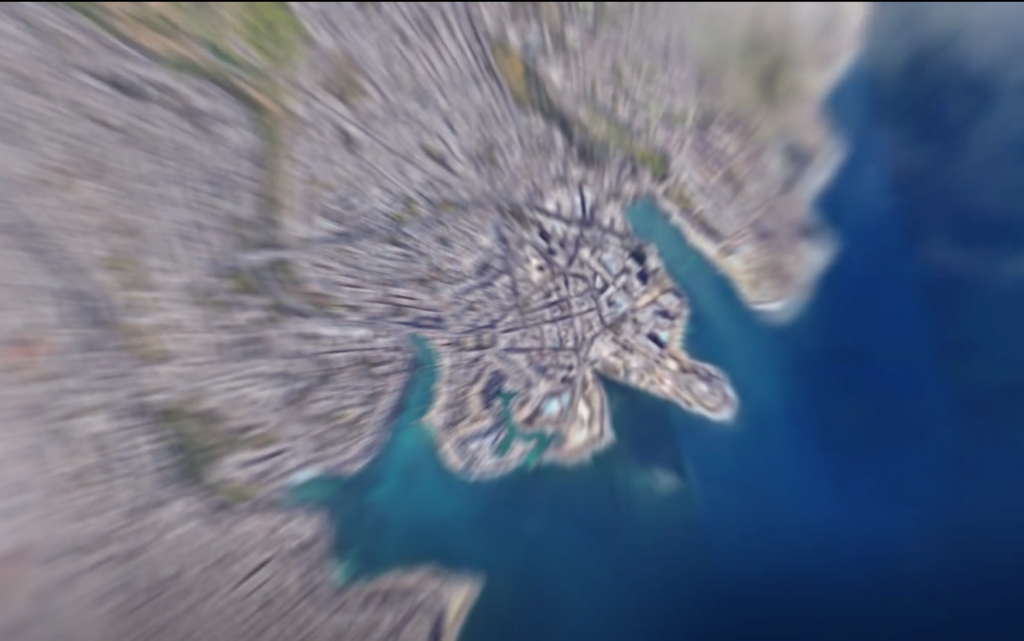 An award-winning thriller and critically acclaimed hit, hopeful in its message and founded in realism; Arrival proved a fascinating viewing not just for sci-fi fans but for linguists and translators alike.

In fact, we loved the film so much, it became the inspiration behind our latest promo vid. But what can we really learn about language from the film – and how can we apply these lessons to translation, language and localisation services?

Language influences the way we think.

Central to Arrival’s plot is a real theory that dates back to 1929, first outlined by anthropologist Edward Sapir, but later developed upon by the linguist Benjamin Whorf. Now known as the Sapir-Whorf hypothesis, this idea is sometimes referred to as ‘linguistic relativity’.

The theory is that one’s perception of reality is either determined or else greatly influenced, by the language we speak. Since language is the tool we use to mentally categorize emotions and communicate experiences, one can describe it as the primary method through which to organize and express thought. In other words, our mindset is shaped by our native tongue, and learning another language could help broaden it.

In fact, experiences that we may otherwise have thought to be universal – such as that of time – may be perceived differently depending on the language we use to express said experience. The idea that time moves forward in a straight line, with the future lying ‘ahead of you’ and the past ‘behind you’ was once thought to be a globally accepted notion by Westerners, but has since been realized as a merely cultural interpretation. Take the Yupnas for example. This remote tribe in Papua New Guinea have a different take on the nature of time. For these people, time travels up, rather than forward, and tribe members will gesture uphill when speaking of something to come. The past, therefore, is below them – or downhill.

In Arrival, Dr Banks’ comprehension of the aliens’ language allows her to perceive time as a simultaneous experience. While we’re unlikely to ever experience time as simultaneous, there’s no denying that some cultures experience time at a slower pace than others. There seems to be a correlation between how far society has developed, and the pace of its general lifestyle. Compare the sense of urgency and haste felt by the average person living in Tokyo with that of someone living in a small Greek village, for example.

Multilingualism improves cognitive abilities by opening the mind to alternative perspectives – but not just in relation to abstract theories. A person’s understanding of a culture can be vastly improved by learning its language. Often we’ll find that a culture’s vocabulary is very telling of its history, social values, and environmental setting. All Danish speakers will be familiar with the word ‘hygge’, the cosy feeling of enjoying life’s simple pleasures, which is reflective of the cultural value Danes place on good food, family get-togethers, and sitting around the fireplace in comfy clothes. Meanwhile in France, there’s ‘seigneur-terraces’, a term for so-called ‘coffee shop dwellers’ – those who spend a long time sitting around in coffee shops without spending much money (no doubt a common occurrence in a country filled with young tourists and irresistibly quaint coffee shops). We also know that the Inuits have multiple ways of describing snow; various words that help differentiate between snow’s texture, form, and even its relationship to humans.

Why is a human translation so much more reliable than an automated translation? Why is a translator immersed in a particular culture so much more likely to produce better text in that culture’s language? The answer is simple; context is everything. Pluck a word out of a sentence, and it will have, singularly, one or two specific meanings. Only when placed back in the sentence can its meaning in relation to the rest of the words be understood. The meaning of any one single word is vague, malleable – almost always reliant upon its context. A single incorrect vocab choice can change the entire meaning of a sentence. To convey correct meaning, therefore, localization must be central to any cross-cultural translation. In Arrival, a literal translation of the aliens’ message causes a miscommunication so grave it almost results in war.

Even in those cases when a literal translation succeeds in expressing the general gist of the original meaning, the message’s initial clarity will be lost and, when not expressed in a manner that sounds natural to a native, will fail to captivate or instill trust in readers.

As a marketer, this has important implications in terms of how we approach cross-cultural content and advertising. If we are to build a relationship with our audience, we must convey a message in a tone and style both consistent to our brand and natural to the language with which we are marketing. At All-in Global, the importance of localizing content for each specific market has been a central principle which underlies all our translations. Our writers are native not just in the language, but in the culture, you are targeting. Furthermore, they are specialized in the terminology of each translation and content subject matter, minimizing the risk of miscommunication and giving your content the authority that comes with correct lingo.

A simple sentence is not always so simple.

“What is your purpose on Earth?” In Arrival, this was the pressing question humans were desperate to pose the aliens. The film’s compelling suspense rested on the possible responses these extraterrestrial creatures might give. Yet Dr. Banks takes her time in asking the big question. She argues that when we take our cultural concepts and forms of expression for granted, we fail to appreciate how differing perspectives or communication styles could render a literal translation meaningless.

When our frustrated heroine is urged by her supervisors to ask the aliens their purpose as quickly as possible, she demonstrates how an apparently simple sentence can be more complex than it might initially appear. “First, we need to make sure they understand what a question is. The nature of a request for information, along with a response. Then, we need to clarify the difference between a specific ‘you’ and a collective ‘you’, because we don’t want to know why ‘Joe Alien’ is here, we want to know why they all landed. And purpose requires an understanding of intent. We need to find out: do they make conscious choices, or is their motivation so instinctive they don’t understand a “why” question at all,” she explains to a colonel in one of the film’s most eye-opening scenes.

Even the most seemingly straightforward of sentences may leave room for alternative interpretations if not translated correctly. The way in which we form sentences, and the concepts upon which these sentences are based, are unique to centuries of linguistic development that can differ widely from culture to culture.

Using a classic game called Mahjong, the Chinese try teaching the Octopods (the aliens) to communicate through four-player competition. Mahjong is typically played with 136 tiles; each featuring a unique symbol representative of different traditional objects and natural elements. This betting game has been of great cultural significance in China since the Qing dynasty and can even be found at many of the top online casino sites today.

It would not be an outlandish proposal, should we ever be visited by an alien species, to engage in dialogue with them through the use of games. In humans, we know that the nature of play facilitates and expedites learning. The hugely popular language learning app Duolingo has become such a success in part because of the addictive nature of its level progression. Just like in any other mobile game, players are rewarded for advancing, and enjoy the satisfaction of ‘unlocking’ achievements and bonuses along the way.

Games play a central part in numerous types of education across the world, and the prevalence of the ‘learn-through-play’ method is evident when looking at children’s’ toys like alphabet blocks and shape sorters. Learning through play has been shown to hold numerous advantageous because of the way it stimulates our memory and other cognitive functions, while heightening motivation and emotional intelligence. In short, games can be extremely useful in the learning of a new language. One might also argue that communicating with aliens through play would also be appropriate because games are indicative of human’s unique nature – we love a challenge.

In Arrival, however, Dr Banks criticizes the Chinese approach, highlighting how this method of teaching is dangerous in practise because it reduces relationships to a competition. Whilst the differentiation between playful competition and hostile competition is understood by most humans, the presentation of a winners-or-losers mindset to an alien species would  not allow them the contextual understanding we use in making that distinction.

Language is the foundation of civilization.

Language is the glue that holds people together. So says heroine Dr Banks, although the film’s physicist Iain Donnelly disagrees, arguing that science is the foundation of civilization. The side one takes in this debate invariably depends on what you consider to be the catalyst of human advancement; the use of science in building and preserving the structures and objects key to our survival, or the ability to spread the knowledge of these inventions through the use of language?

Science exists with or without humans. Language, on the other hand, is something uniquely complex – created specifically by, and for, humans. Without language, there is no global sharing of knowledge, organisation, and storytelling with which to strengthen human connections and cooperation. As such, we’re tempted to take Dr Banks’ side in the debate. Language is the foundation of civilization.

The study of linguistics is essential.

There’s no action hero saving the day in Arrival – just a nerdy linguist, and it makes the story all the more convincing. What if we do someday make contact with an alien species? Lingual anthropologists and translation experts will no doubt play an integral role in the first-contact scenario with any intelligent life we encounter. But before we have to worry about building a relationship with extraterrestrial creatures, there are countless ways we can employ the study of linguistics in broadening our current understanding in matters of sociology, psychology, history, and global development.

Have you seen Arrival yet? What about our new promo vid based on the film? Check out All-in Global’s movie spoof above to discover what we do, where we come from, and what our purpose is…


15,246 thoughts on “SIX THINGS ARRIVAL TAUGHT US ABOUT LANGUAGE”