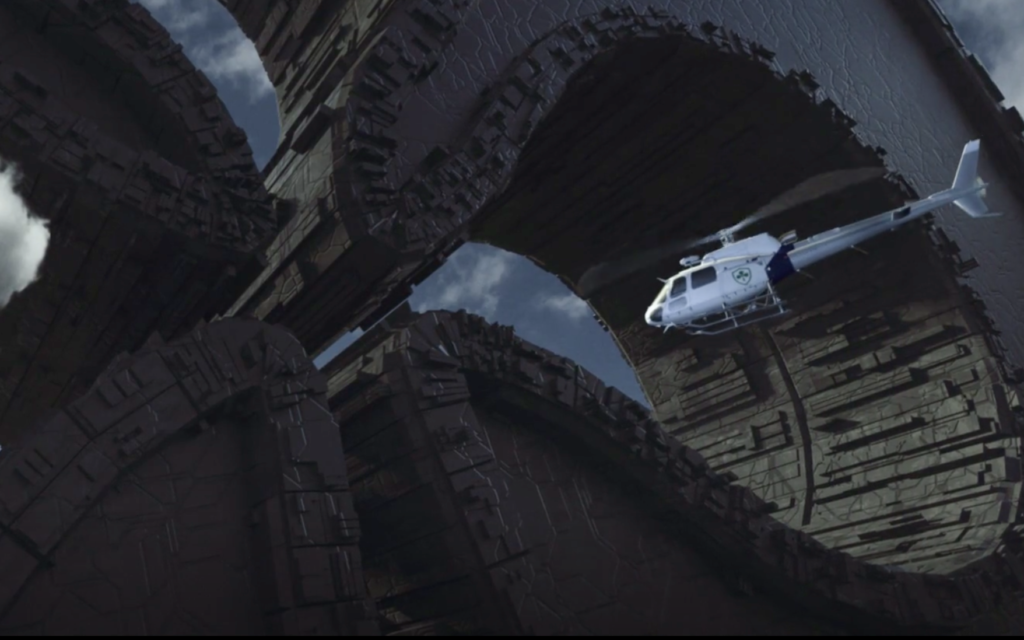 We don’t just talk the talk.. we walk the walk as well. The video has been “subbed” in 36 languages, just to prove we can help you get into a market and make it sound like you were always there.

Use the CC button to turn on and switch subtitles.

Denis Villeneuve’s Arrival was the best movie of 2016 for me, but I had to google the plot to properly understand it. Now I love it even more, and I have a new favourite expression: non-zero-sum game.

For once, let’s take it from the beginning. My first sci-fi romance was V for Victory (I suppose). I also remember being absolutely stuck on the early Planet of the Apes movies. Few mainstream sci-fi movies go under my radar and I obviously watch everything that comes out – e.g. the Star Wars empire, – but it happens rarely that I roll a 6 on the dice (being an ex-tabloid sports journalist, I like the dice scale). One of the few exceptions was Interstellar (2014). It took me three full viewings to realise how powerful it is that message about love being “the one thing that we’re capable of perceiving that transcends dimensions of time and space“.
I also had to read someone else’s blog post to quantify why I like movies like Interstellar and Arrival: it’s the unpredictability. If I can guess how a movie will end by the early minutes, then it’s rarely worth finishing for me. Arrival, however, left me wondering. From my point of view as the founder of a translations company, it was obviously intriguing to see a movie where the protagonist (Louise) is an expert linguist trying to find a way to communicate with the aliens, and where a one-word mistranslation in Chinese almost causes a nuclear attack. But I didn’t quite understand the ending. The scene that puzzled me the most was when Louise’s daughter asks her for the definitive word to describe a win-win situation:
Louise replies: A non-zero-sum game is defined as a situation where one’s win does not necessarily mean another’s loss, and one’s loss does not necessarily mean that the other party wins. In a non-zero-sum game, all parties could gain, or all parties could lose.
The aliens gave their language and their non-linear perception of time to the humans so that humanity can help the aliens with some serious problems when they return, about 3000 years forward in time. According to Denofgeek.com, the underlying message of the movie is that knowledge of the future should be used to build empathy between people and perhaps solve ecological conundrums and ideological struggles that threaten our very existence as a species.
One of my favorite mottos in life is: “Let’s make it win-win”, so I found this to be extraordinarily inspiring and decided to dress up like Louise when we arranged a carnival party for the iGaming industry at Purim in Tel Aviv in March. As it turns out, most people haven’t seen Arrival despite enthusiastic critical response, so let’s say I felt slightly misunderstood. But that won’t stop me from trying to push this masterpiece into my friends’ short-lists of favorites 🙂

At All-in Translations, we have a tradition of making movie spoofs. In July, however, we briefly shifted away from that tradition as we shot a more serious infomercial where we tried to follow the format of one particular scene from Arrival: the sedative video broadcasted to the public in an effort to limit their fear for the newly arrived aliens. You can watch our version at the top of the article. It is available in many dubbed versions and has subtitles in 36 languages.
The connection between what we do (language services for gaming companies) and what they do in Arrival is rather thin, but we figured that such an approach would be more interesting than shooting a typical company infomercial. Our Arrival infomercial also worked well as an opposite to the other spoof videos we made lately: Lady Gaga’s Poker Face and Football’s Coming Home by Three Lions, after a few layers of machine translations, to show people that you cannot use robots or machines for creative translations or translations where the result needs to look professional.

How would you translate “non-zero-sum game” in your native language? In Norwegian, I’m pretty sure it’s impossible to make a literal translation. The key would be to change the syntax and move the words around a bit. Perhaps “Et spill uten nullsum” might work. Untrained translators, however, would most probably make the mistake of translating word-for-word, ending up with something like “ikke-null-sum spill” (Google Translate actually suggests this), or even worse “ikke null sum spill”.
One of the most important missions of All-in Translations since our first steps in 2008 has been to make translated texts sound like they were written in the target language rather than translated from a source language. We encourage our translators and localization professionals to be creative and to make the texts easy to digest for readers, as long as all the details and the meaning of the original text are conveyed properly. To help them achieve this, we built our very own resource center where we brief them on who our clients are and how they want their brands and games to be perceived. The resource center also contains illustrated dictionaries and multilingual glossaries divided by the subjects which we specialise in: casino games, betting, sports, esports, poker, bingo & lottery.
In terms of Sci-Fi movies, 2017 was a year to forget as far as I am concerned (tips to prove me wrong are more than welcome!) The latest instalment of the Planet of the Apes franchise took 3D graphics to a new level, but the story was overdramatic and the movie would have looked a lot better had it been ended 30 minutes earlier. As for the last Star Wars movie, I actually walked out of the theater after watching 90 minutes of it. I really put high hopes that Blade Runner 2049 will turn this around for 2017, but since I missed it in theaters and haven’t found a watchable stream since, this one’s looking like a 2018 movie for me. It was released on DVD and Blu-ray last week, so the first thing I will do when I get some time for myself back in Norway is watch it on the TV I installed in front of the bathtub.

PS: We’re working on publishing our video version dubbed in 15 different language. This is a work in progress.