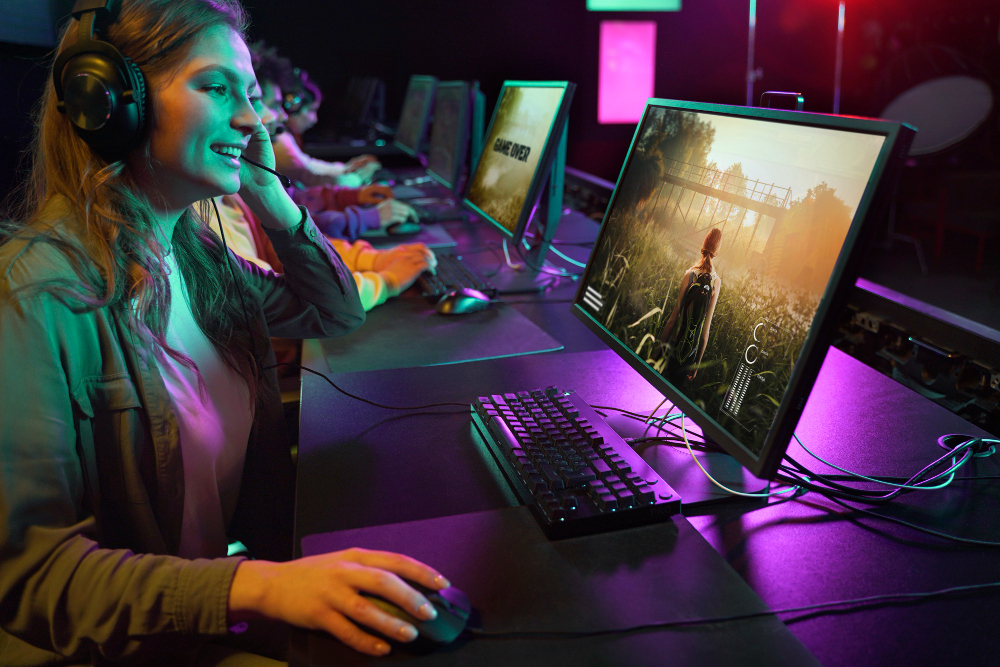 HOW TO LEVEL UP AND LEARN THE LINGO OF ESPORTS CONTENT

Ever wondered what gamers are talking about when they say AFK, pwned, and smurf? If so,
you need our guide to gaming jargon in esports content.

Esports content can be as entertaining to read as games are to play. However, if you’re not familiar
with the latest jargon, it can be game over quickly. Therefore, the best way to get maximum value
from the esports and gaming content we produce here at All-In Global is to understand the lingo. Or,
if you want to put it in a more formal way, you need to understand the vernacular of gaming. You
need to know its colloquialisms and idiosyncrasies.

As experts in content creation, translation, and optimisation, we understand the value of jargon. The
right words and phrases can confer a sense of authority. It also makes our content relatable and,
therefore, more engaging to its intended audience. For example, if we’ve been tasked to create a
content campaign for a gaming company like Electronic Arts, we need to know what players are
talking about. We need to know the latest trend. Not only that, we need to know how they’re talking
about these things.

Do certain phrases cross continents, or do our writers need to focus on localised gaming dialects?
Are gamers using acronyms? If so, do they need spelling out in our esports content so non-gamers
know what’s being said? These are just some of the questions we ask and answer before we create,
translate, and optimise gaming content.

You Need to Put in Some Work to Get the Most from Gaming and Esports Content
As it is with all content, the process doesn’t stop at the creator. Indeed, if you’ve read Roland
Barthes’ essay, Death of the Author, you’ll understand that, at least in some capacity, the creator’s
intentions aren’t always relevant. You, as a reader, have an obligation to interpret content based on
your own frames of reference and ideas.

How much you agree with that assertion is a matter for debate. However, there’s certainly at least
some value in the notion that readers add their own interpretations to a piece of content. With that
being the case, there’s value in mastering the jargon of gaming. You don’t necessarily need to be
fluent in gaming speak, but you’ll certainly get more out of esports content by knowing a few
phrases.

Three Tips for Learning the Language of Gaming Content
Before we give you a rundown of the best gaming phrases, here are three tips for mastering a new
language we at All-In considered important:

1. Focus on Topics of Interest
One of the best ways into the basics of a new language or dialect is to focus on things you find
interesting. For example, if you’re a fan of music, you’ll probably enjoy learning songs in a different
language. Once you’ve learned a song or two, you’ve opened the door. You’ve found a route into the
mix.

Obviously, if you’re trying to master the jargon of gaming content, the topic has already been
determined. However, within this topic, you can focus on specific areas of interest. You might be a
fan of RPGs. Maybe you like the streaming side of the industry. Basically, if you can focus on
something of interest, learning new words and phrases will be a lot easier.

2. Get Talking
Another way to master any new language is to listen to native speakers and, in turn, start talking to
them. This isn’t easy as a newbie. However, if you listen for long enough, you’ll pick up common
phrases. Obviously, this is going to be a lot easier in gaming because you can listen to people who
speak your language.

Indeed, if you visit Twitch, you’ll find streamers publishing content in English, Spanish, German, and
many other languages. Tune into one you can understand, and, over time, you’ll hear them say
certain phrases time and time again. You can either work out what they’re saying, or you can ask
someone in the comment section.

3. Play Around
Immersing yourself in a culture is a tried and tested way to learn languages. If you want to become
fluent in French, go spend some time in France. If you want to understand the colloquialisms of
gaming, you need to play.
This is probably a given if you’re consuming esports content. However, it’s still a point worth making.
To understand what gamers are saying, play video games. The more you immerse yourself in the
culture, the greater connection you’ll have with it. 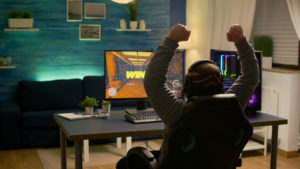 Popular Words and Phrases in Gaming: The Language of Esports Content
That’s the context and the reasons you should master the jargon of gaming if you want to get the
most from esports content. We’ve also given you some tips on how to master the local dialect.

The final thing to do is highlight some of the most popular sayings in gaming. So, without further ado, here are the words you should know:

The gaming terms listed above should be enough to get you started. Of course, if you need to create
your own gaming content, we’ve got experts at All-In who already know what to say and how to say it.
However, if you simply want to enjoy esports content as a more informed reader, it pays to master
the lingo before you start.