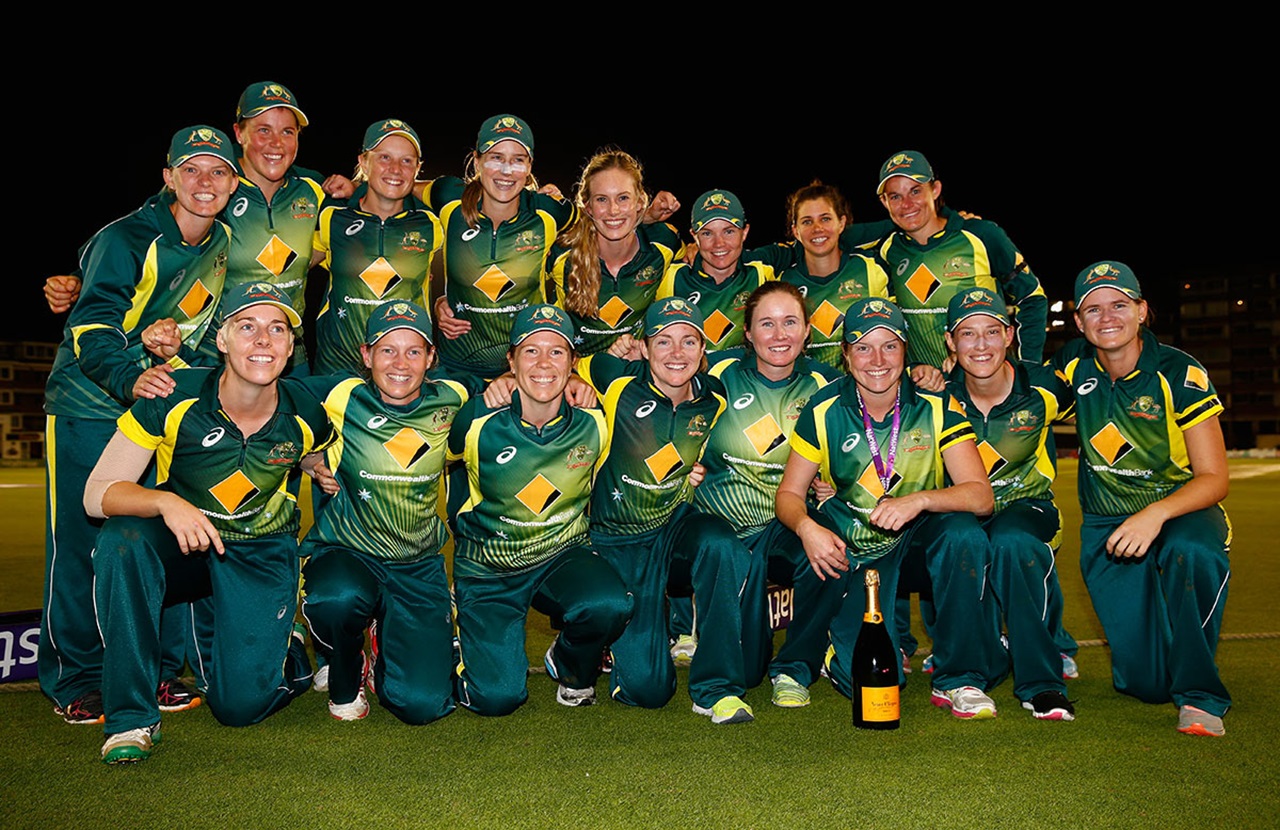 WHY YOU SHOULD GIVE CRICKET A CHANCE THIS MARCH

On the eve of the Women’s ODI World Cup, All-in Global gives you the bitesize introduction to cricket, how it all works, why Australia are the team to beat, and what we can do for your cricket content this Spring.

If you’ve never watched a game of ODI (One Day International) cricket before, it goes something like this. Two teams of XI players each take to the field. Before they do, a coin toss at the start of the game allows the captain to have won the toss to choose whether they want to bat or bowl first. If they decide to bat, they will try to score as many runs as possible using a maximum of 300 balls, or deliveries, as they’re called. Every delivery will result in: no runs being scored, between one and six runs being scored, penalty runs if the bowler doesn’t bowl the ball in the permitted area, or the batsmen being out.

Should the team batting first see ten of their eleven players getting out before the 300 balls are bowled, then that’s the end of the innings and that’s the score you’re left with. Which in an ODI, could be anywhere between about 180 and 350 runs. How many runs the team batting first gets depends on such factors as: how well they bat, how well the opposition bowls, how manicured the strip they play on is, how fast the outfield (shorter grass sees the ball travel quicker to the boundary as the likelihood of more runs being scored is increased) is and this being sport: some luck.

In ODIs the whole thing takes one day (the clue is in the name, keep up!) or to be precise, around eight hours of actual action.

The tip of the iceberg

But to describe cricket in this way is like saying the Titanic was a tragic incident that happened when a big ship on its maiden voyage hit a big block of ice: it really is the tip of the iceberg. Along the way, the players will assess how atmospheric conditions such as sun, rain, grey skies, and dew can affect playing conditions. Bowlers will work out which angles and lengths make the ball hard to hit, while batsmen will work out which bowlers to target, which scoring areas are best, and how aggressive they need to be in light of that par score. Unlike say football, it’s hard to know who’s ahead. If Brazil is beating Sweden 2-0, everyone knows the score. Literally.

In cricket, the game will be and flow with one team in the driving seat for an hour or so, only for the other to bite back. Sometimes it’s not obvious as to who’s ahead at all and comes down to a matter of opinion. At the heart of it all is the captain. A man manager, a player in their own right, a Field Marshall ordering attacks and retreats, a chess Grand Master pulling the strings, a leader working out field placements, batting orders, bowling changes, and the effect of changing conditions.

International cricket captaincy is for the select few. And if this all sounds a bit much, don’t worry. You don’t need to know the optimum conditions that grapes need to grow at to savour a good glass of wine, any more than you don’t need to know the history of Italian organised crime in America to appreciate ‘The Sopranos’. Just enjoy it and you’ll be surprised by how much you’ll pick up as you go along.

The prolific English goalscorer Gary Lineker once said, “Football is a simple game: 22 men chase a ball for 90 minutes and, in the end, the Germans always win.”

Lineker, a big cricket fan, by the way, could have said something similar about Australia when it comes to contesting the Women’s ODI World Cup. In 11 editions of the tournament, dating back to 1973, the Aussies have won it six times. Between March 4 and April 3, the cream of women’s international cricket will be traveling to the beautiful country of New Zealand to try and stop the ‘Southern Stars’ from making it seven. The bookies make them around a 1.8 chance, with defending champions England around the 6.0 mark and hosts New Zealand an appealing price at 7.0. India, much improved but often lacking the batting power of some of the other teams, are 9.0.

It would be naïve and foolish to suggest that the women’s game enjoys the same levels of interest among fans, media coverage, and sponsorship money that the men’s game does. Partly because it’s hard to think of any sport where that happens. There’s probably more interest in say the USA’s all-conquering women’s football team than in the men’s mediocre one but even then, that’s very much the exception to the rule. When the Indian Premier League comes along in late March and the Men’s T20 World Cup in October, the levels of interest will dwarf what’s going on in New Zealand. Some animals are more equal than others.

But that’s not for the players on the pitch, the management in the dugouts, or the fans in the stands to fret about. There’s a World Cup to be won and they all want their hands on the trophy. TV figures, social media engagement metrics, and website clicks are for the bean counters to worry about. And this being a top sporting event, people are going to want to bet on it. Twas ever thus.

The luckier you get…

The great golfer Gary Player once said: ‘The more I practice, the luckier I get.” With over 100 career wins including nine Majors, the Player must have got through plenty of hours of practice. It’s a lesson not wasted on the likes of superstar Aussie all-rounder Elyse Perry or inspirational Kiwi skipper Sophie Devine. They spend countless hours preparing for battle by running laps, lifting weights, honing batting skills in the nets, going through fielding drills, and even partaking in Yoga and meditation to be in the right mental state of mind, as much as physical.

And if those two have done the necessary preparation in their quest for sporting glory, then here at All-in Global, we’ve spent the last few years preparing for a tournament just like this. At AIG we have top-notch cricket writers who have all the stats at their fingertips, recognise every ponytail from a mile away, and know the game inside out. We have copywriters who can sell a game of cricket with the same effortless passion that a street vendor sells a Taco or an ice cream on a warm day. We have localised writers who will know the exact term for any aspect of the game, be it in Afrikaans, Urdu, Bengali, Hindi, Marathi, Telugu, Tamil, Kannada, Punjabi, or Malayalam. We can do English, too! It all goes some way to explaining why All-In Global is the number 1 provider of localization for the sports betting industry. If we were a women’s ODI cricket team, we’d be Australia!

The devil is in the detail

The more cricket you watch, the more you’ll realise that it’s a game of fine margins. So often a couple of inches are the difference between hitting a six or walking back to the pavilion with bat under arm, disappointment written all over your face like someone who got married in June and endured a day of rain that wouldn’t look out of place in Dublin in February.

It’s the same with content: the devil is in the detail and we’re devilishly passionate about getting every last detail right. Just like you wouldn’t ask us to go out and bat in a World Cup final in front of 80,000 people, so you wouldn’t ask a world-class cricketer to do our job of selling a cricket tournament. Which reminds us of the story involving former Australian batsman Andrew Symonds, a man mountain with exquisite talent, athleticism and power who was at his happiest with a fishing rod and a few tinnies to hand on his days off. A few years Symonds was touring South Africa when he saw a competition in a shopping mall to win a car. You bought tickets for the draw, they drew the tickets, someone walked away with the car. So far, so good. When asked when the draw was to be held, the reply came that it was on the 31st of March. “In that case, you can expect a visit from me on the 32nd. “