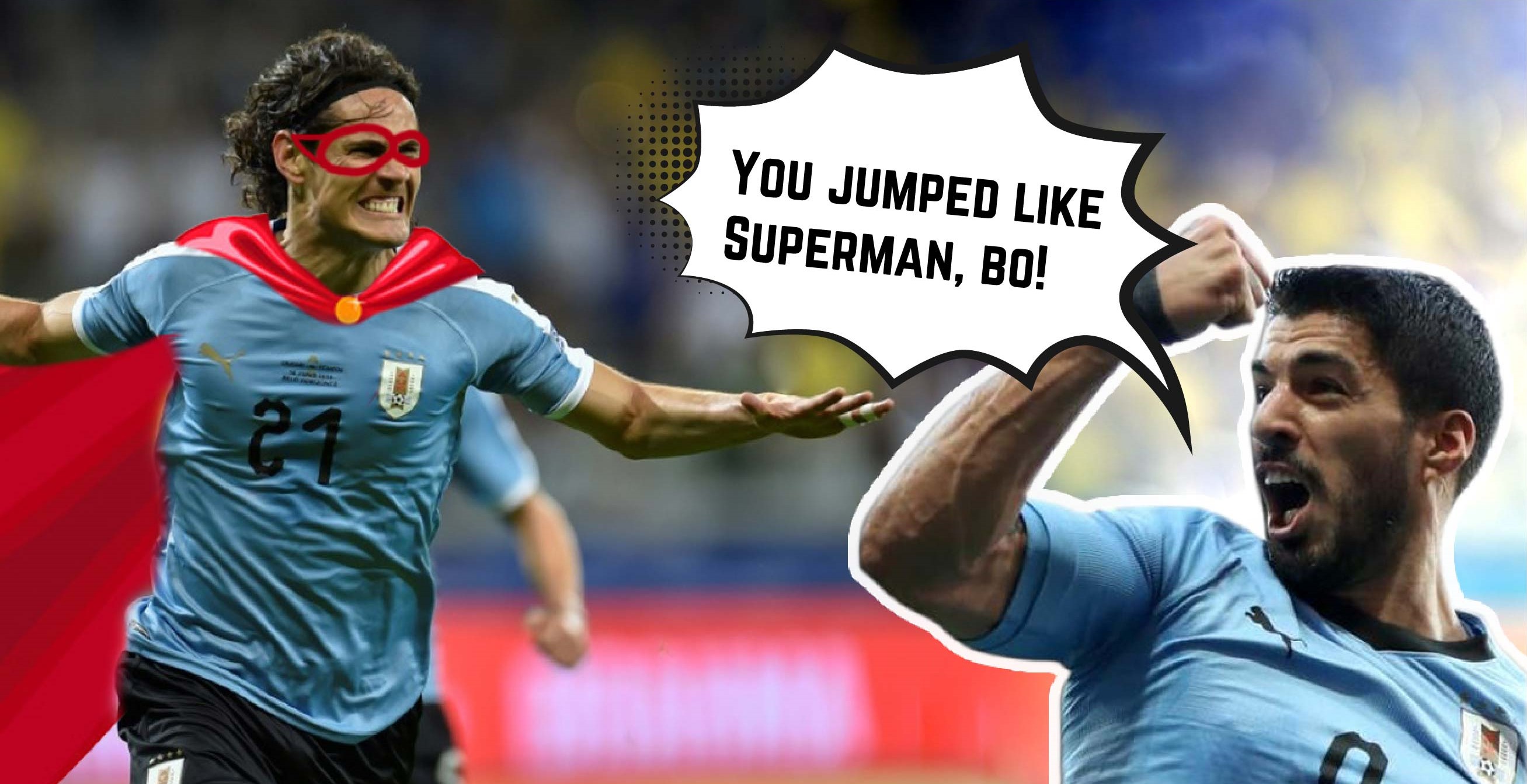 THE LANGUAGE OF GOALS AT COPA AMERICA

One of the Mexican football translators at All-in Global dreams about Argentina vs. Uruguay in the knockout stages of Copa America. In this essay he imagines how the match would sound like from the sidelines.

There is something about soccer that makes us bond; perhaps it’s to do with the ball’s roundness, perhaps it’s the thrill of winning, or even the fact that in order to play this amazing sport you don’t need to speak a universal language. A well-known motto from Mexico’s 86 World Cup read: “The world united through the ball.”

The prowess of uniting, found in every sport (not only in football) is well known; nonetheless, when we play football, we do it through gestures, plays, actions, arm movements and scrimmages, although, it’s worth noticing we do not simply leave ‘words’ behind.

What happens, in reality, in a soccer game between two rival teams? What are the sounds of the pitch? Have you ever wondered about the linguistic differences among players? How does a team celebrate their goals compared to the other? Do they use the same words in victory as they would in defeat?

Let’s imagine a semi-finals match from Copa America. Leo Messi’s Argentina are facing the courageous Uruguay. It’ is the first half and Messi is desperate for the ball, since he hasn’t had much of it. He starts to complain with Di Maria, who is singlehandedly trying to dribble the whole Uruguayan defense without looking up at Messi’s movements. All of a sudden, Messi shouts: “Angel, come on pibe, I’m free and you’re not passing the ball.” Di Maria replies: “Leo, they’re covering the bands, come closer so I can give it to you…” 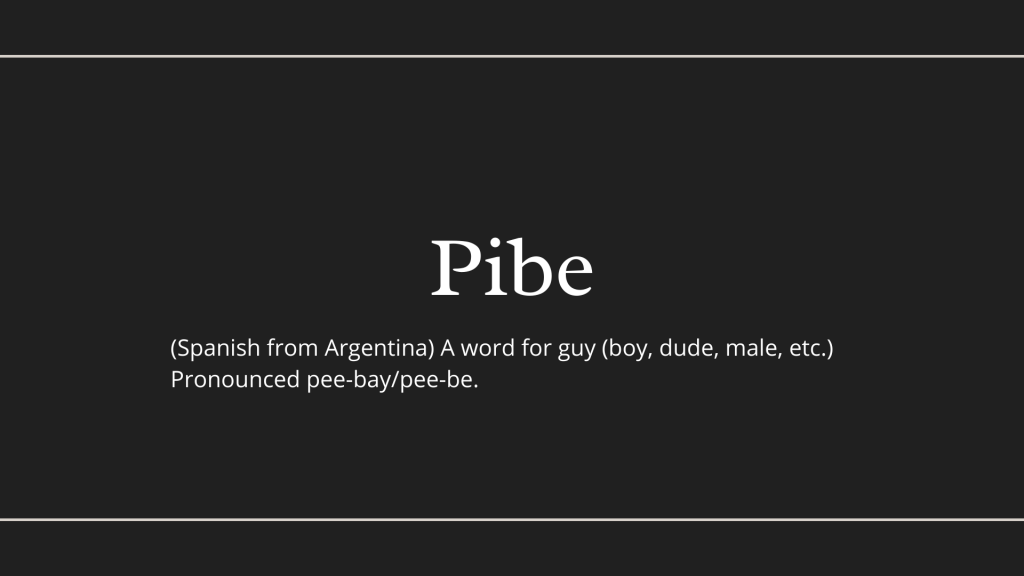 On the other side of the field, there’s Edinson Cavani, clearly upset because he’s already missed three headers. Two went wide, one was straight at the post. Suarez, that famous ‘bloodsucking biter’ who gave Italian Giorgio Chiellini a little souvenir at Brazil’s World Cup in 2014, is now going crazy at Argentina’s central defender, Tagliafico. Mocking him, the latter has told the Uruguayan number 9: “Wanna bite me? Come and I’ll let you know who’s boss…” The referee has seen this and has approached them: “If you two, parces, cannot behave, I’m gonna have to send the pair of you off. Now, come on, let’s keep on playing, boys…” 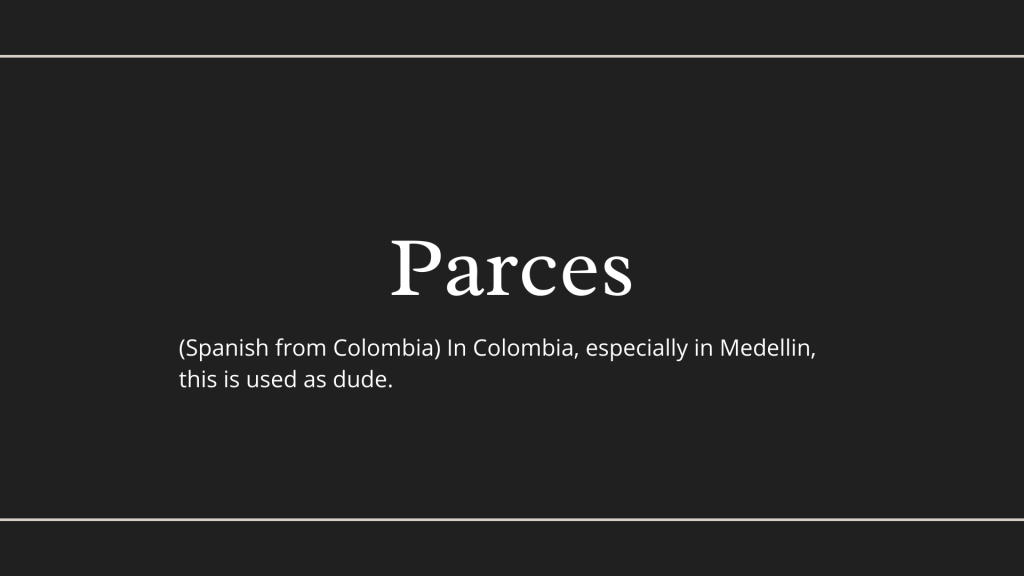 Undoubtedly, inside the field the language being spoken is Spanish. But not the one from Spain, from the motherland. It’s the one from their naughty and disobedient sons, the one from Latin America. In Colombia, the term “parce” comes from “parcero” which is how you call a friend, a buddy.

The ref knew that these two players in particular needed a little ‘push’ and no doubt his little trick has paid off.  After all, for the last ten minutes, no incident of any note has occurred between the forward and the defender. The score is still nil-nil, ‘a pair of doughnuts’ (as they say in Mexico). Messi, for the most part, is still desperate as Angel Di Maria tries to dance with the charrua defense in endless attempts to open the scoring, but no avail. 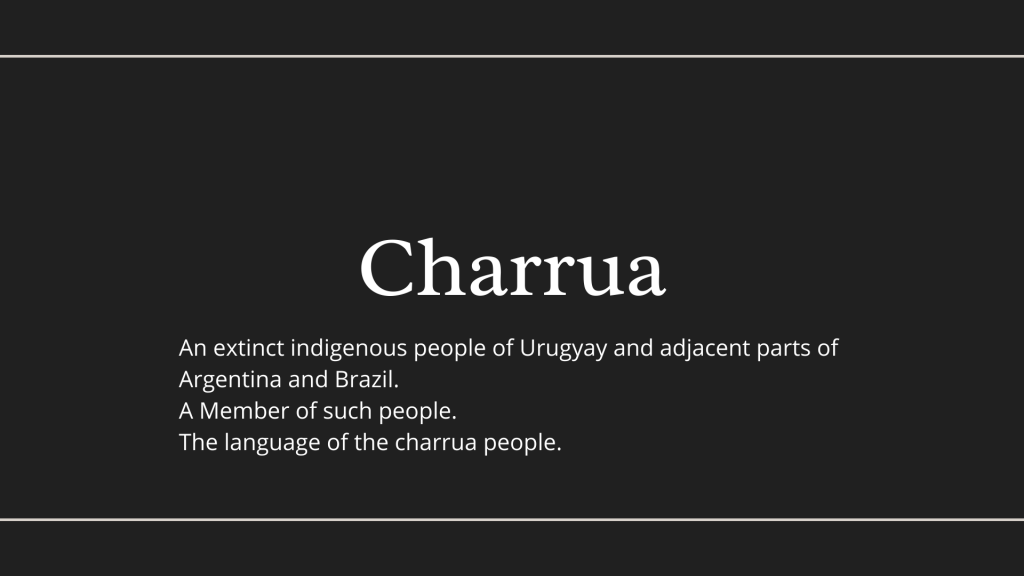 His majesty, Mr. Goal, has not appeared yet at the iconic Maracana Stadium in Rio, the most beautiful city in Brazil.

As we are now well into the second half of the game, and while these two Latin American titans face each other, the score is still nil-nil at the 60-minute mark.

A perfect reverse diagonal: “The flea”

Suddenly, a clear chance emerges: Messi extends the ball forward to the wing where Di Maria is clear. He in turn passes to the other side where Lautaro Martinez jumps and crosses short to Messi on a perfect reverse diagonal; “the flea” as they call number 10 from the Argentinian team, senses the move, gets to the ball and buries it in the net.

The Argentinians celebrate. Di Maria approaches his captain and says: “Did you see, did you see, just like that… the ball… well played Leo.” Leo Messi is visibly enthusiastic now and starts shouting orders to the rest of the team: Nico close the spaces, Enzo, press on…

As we’ve reached minute 76 now, Argentina is leading one-nil. Could the warring Uruguayans tie the match?

No extra time in Copa America

Midfielder Matias Vecino starts a play from center field and passes to De la Cruz to the left, who makes a perfect cross to Cavani who, (almost) literally, levitates in the air and connects with the ball in a majestic header that finds the back of the net.

It’s the 82nd minute and the game is tied now. Uruguay has scored. The whole team celebrates its star, number 21, Edison Cavani. His strike partner, Luis Suarez, has approached him and tells him: “You jumped like Superman, bo”. Bo (or vo) is shorter for vos, a term in Montevideo and all the ‘Rio de la Plata’ region used for the second personal pronoun in Spanish: Tú (You.) 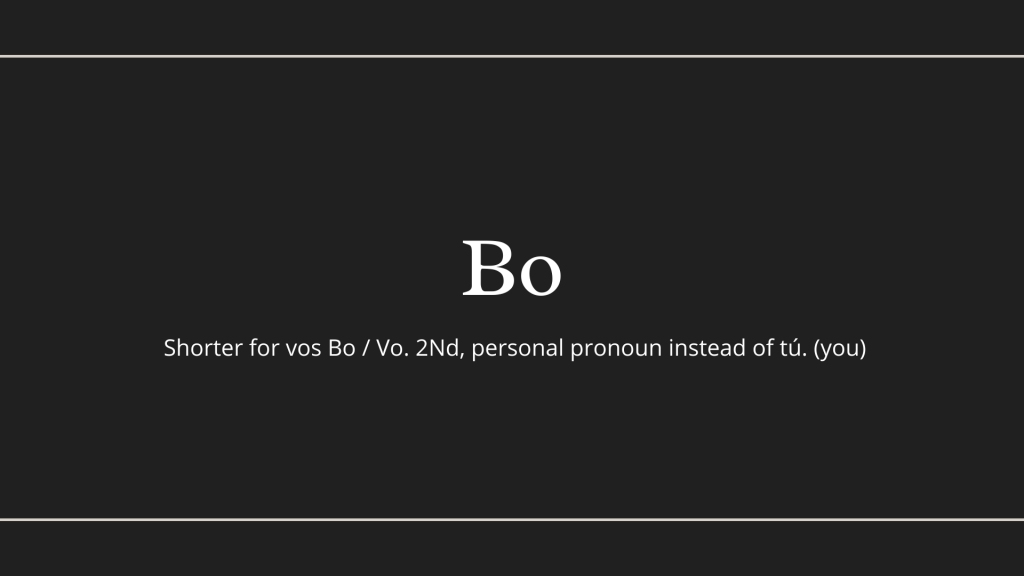 The 90 minutes of this epic semi-finals have come to an end. For this edition of Copa America, extra-time will not be played, according to regulations in art. 9.4 of the competition. Players from both sides are busy hydrating at the water break and the referee is ready to whistle, so the penalty shoot-out can commence.

The Latin American press at the stadium, are all narrating their its own version of the upcoming tie breaker. Uruguay has won the coin toss and will take the first one kick the ball first. Luis Suarez gets ready to kick the first penalty. Takes a littles run updistance and… he scores. A Mexican stadium announcer has just gone exclaimed: “Suarez makes a tremendous San Bombazo, to the corner, baby, to the corner…” 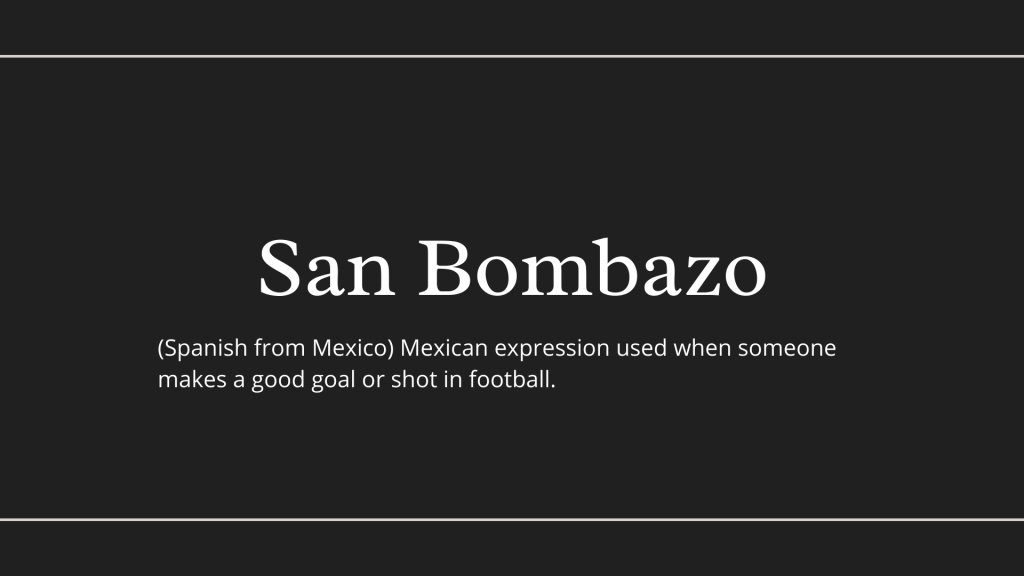 Messi is next. “The flea” practically takes no run up and kicks straight into the upper right corner. A Chilean announcer vividly screams from the press area: “Golazo, carajo, golazo…” 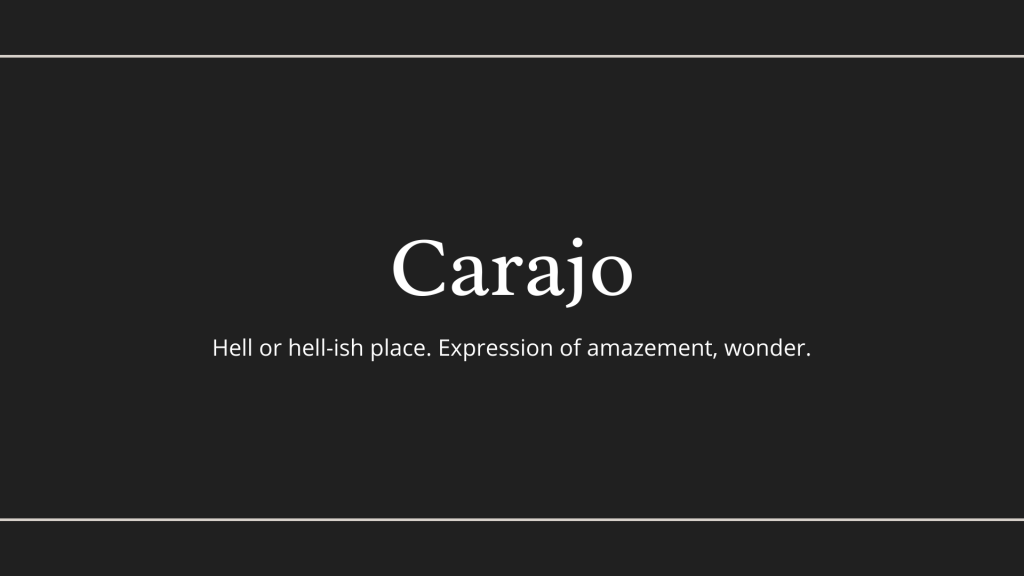 Five minutes later and the penalty kicks are about to end. Uruguay have scored four of them and there is one remaining. Argentina, sadly, did not score the third. Lautaro Martinez’s effort crashed into the right post, leaving his team in trouble.

Cavani from the spot

Now, everything’s up in the air. Should Cavani score, Uruguay make the final and they would also claim their revenge from their legendary enemies, the Argentinians, who had beat them 1-0 at the group stage two weeks ago. 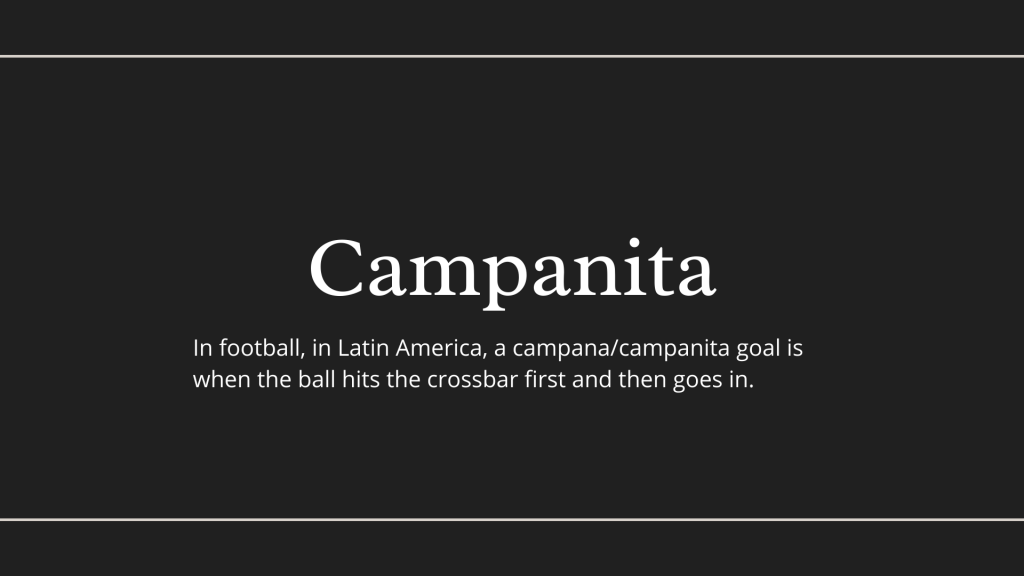 A fervent Brazilian commentator has said it all: A goal “muito bacana” (quite beautiful.) 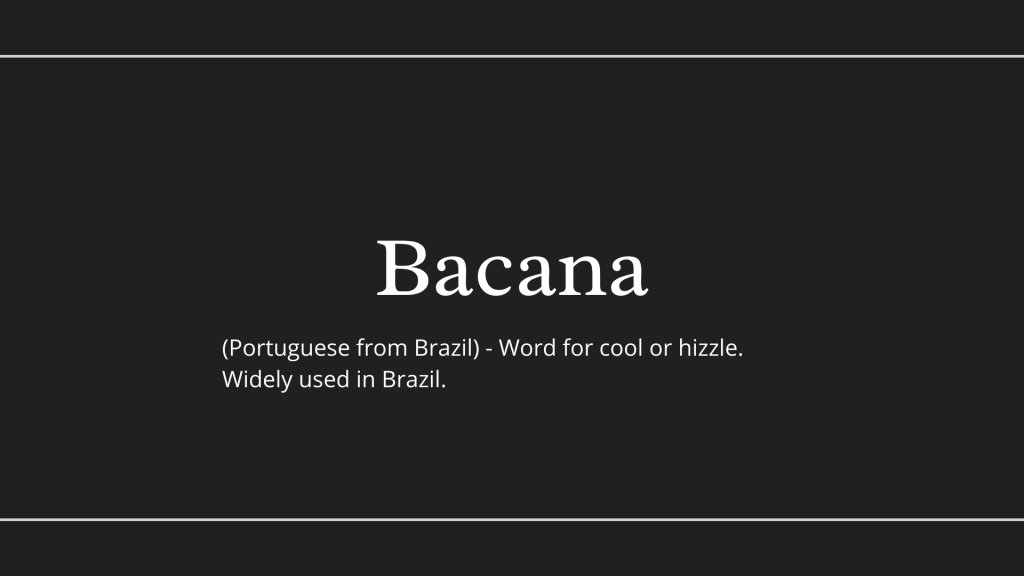 Uruguay is in the final, probably against host nation Brazil. That will surely be an epic game, too.

And although the language is the same – not so much for the dialects – the cultures are more or less alike and the game’s style of play is pretty similar, it seems that from south to north, from the southernmost part of the continent in Patagonia to the northernmost corner at Mexico’s Sonora Desert. Everybody in Latin America, seems to agree… It was a golazo!!! 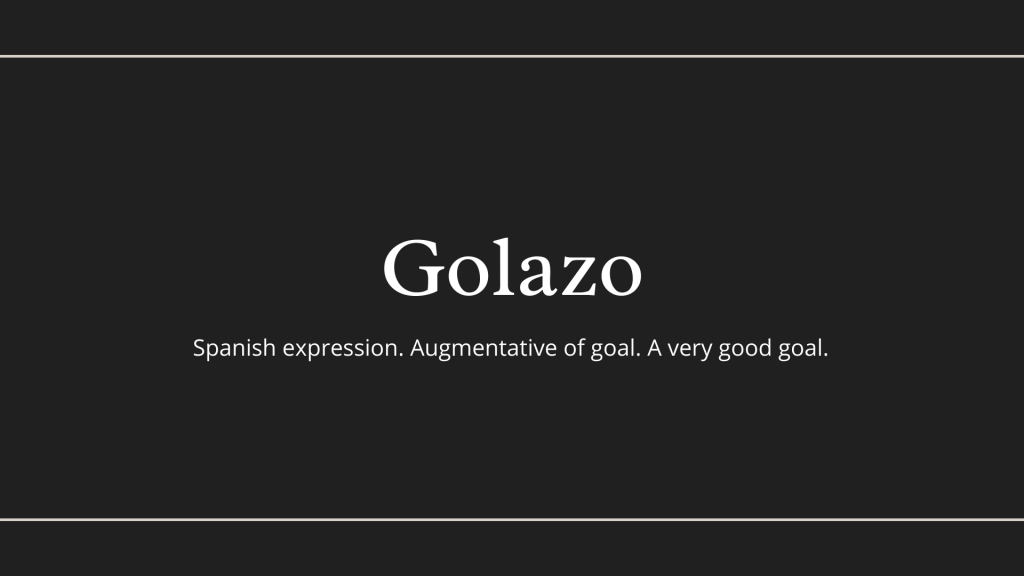 PIBE – Spanish from Argentina. A word for guy (boy, dude, male, etc.) Pronounced pee-bay/pee-be.
PARCES – In Colombia, especially in Medellin, this is used as dude.
CHARRUA – An extinct indigenous people of Urugyay and adjacent parts of Argentina and Brazil. Members of such people. The language of the charrua people.
BO – Shorter for vos Bo / Vo. 2Nd, personal pronoun instead of tú. (you)
SAN BOMBAZO – Mexican expression used when someone makes a good goal or shot in football.
CARAJO – Hell or hell-ish place. Expression of amazement, wonder.
BACANA – Portuguese. Word for cool or hizzle. Widely used in Brazil.
GOLAZO – Spanish expression. Augmentative of goal. A very good goal.
CAMPANITA – In football, in Latin America, a campana/campanita goal is when the ball hits the crossbar first and then goes in.


One thought on “THE LANGUAGE OF GOALS AT COPA AMERICA”