Although they may look alike, the truth is that video game localization and translation are two very different things. While translation, in general, focuses more on the aspect of word-by-word translation, localization implies delivering a product meant for a given local market, taking into consideration the cultural and functional aspects of that market. For example, when translating from English into Arabic you have to consider that English is read from left to right and Arabic is read from right to left. 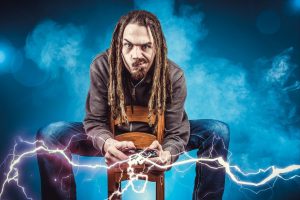 However, there is more to it than that. Video games are software being sold worldwide and that means they have to adapt to an endless range of languages, cultural differences, and ways of speaking. Even in countries that share the same language (take Spanish, for example), the differences when speaking are so great, that it would be unwise to use only one general localization for all the countries where the video game is being sold.

While on the subject of Spanish video game localization (or lack thereof), we should mention the translation of Halo 2. It is possibly one of the most notorious cock-ups in the recent history of video game localization. The production team behind it figured it would be sufficient to translate the game into neutral Spanish, but this turned out to be a huge mistake.

Spaniards thought that the game had been dubbed in South America, whereas the South Americans thought it had been dubbed in Spain. The game did, in fact, contain many Mexican expressions such as “no le veo las rueditas para principiantes”, “vienen naves por montones” or “chavo, ¡qué bueno que llegaste!”, expressions that most Spanish people have never ever heard in their lives.

The next installment in the Halo series would later have two different translations: one meant for the Spanish market and one for the Latin American market.

At All-in Global, we offer seven different variations of Spanish video game localization: Argentinian, Andean-Pacific, Caribbean, Central American, Chilean, European, and Mexican. If you are unsure of which versions to go for, we would be glad to give our advice at no extra charge. It really depends on your target group. We would probably never recommend localization into all variants for a video game, but then again we would never recommend that you go for a neutral version for everybody. Luckily, the price for localization in, for example Spanish, is cheaper than normal translation – as long as you are localizing into more language variants that are very similar.

We do realize that the full localization process of a video game into many different languages is something that may sound overwhelming, but it is probably the smartest thing you can do in order to maximize your potential markets around the globe. The majority of award-winning video games or Massively Multiplayer Online Role-Playing Games (MMORPG) have been localized into most major languages. We can currently help you with 80+ languages, but contact us if there are languages you require that are missing from the list and we will try to help you with that as well.


Learn about our Gaming translation/localization services.