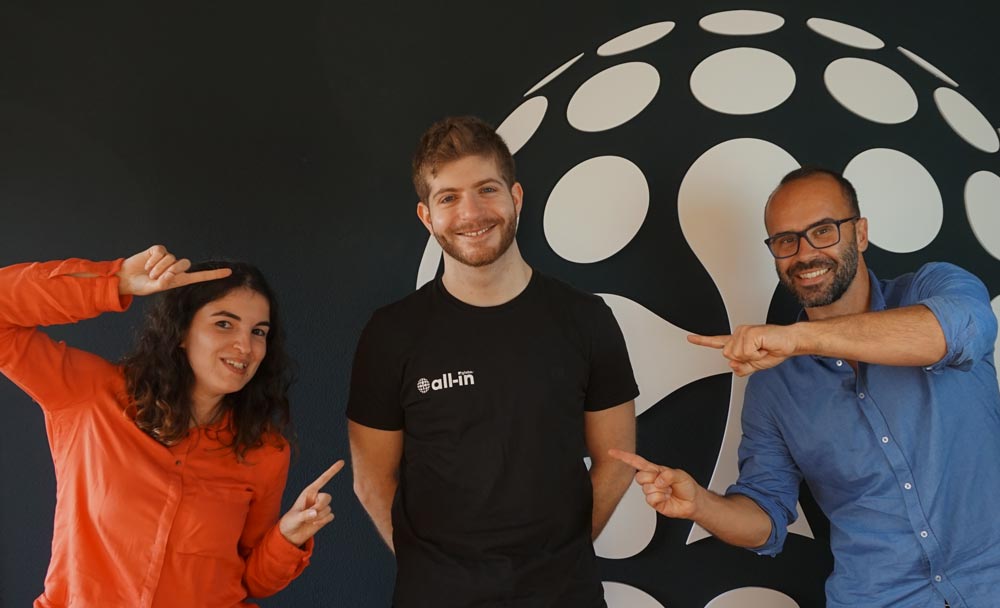 ESPORTS: HOW WE FOUND THE PERFECT PR STORY

At All-in Global we believe in the power of captivating stories. So when our esports expert found an opportunity of sending a team to compete in the Overwatch World Cup, it ticked all the right boxes.

It’s no secret that All-in Global is working towards becoming the top-of-mind provider of language services for the esports sector, just like we are in the gaming sector. We have developed specific content packages both for brands that want to stand out in the esports market, and for esports teams that want to increase their popularity on a global scale.

The major players in our toolkit are content writing, translation/localization, transcription + subtitles and audiovisual services, all available in 70+ languages. But how can we earn the same recognition in esports as we have in gaming? A while ago we decided that our best bet would be to connect with an esports team and showcase our abilities through them.

When we hired a new marketing coordinator, the fact she was also a gamer was a decisive factor. One evening in September Marina Ribeiro saw a cry for help on Twitter from the Portuguese Overwatch team. They desperately wanted to represent their country in the Overwatch World Cup in California, but did not have the financial backing to make the trip.

After getting an estimate of how much it would cost we quickly made a decision. The sponsorship would give us exactly the four opportunities we were looking for:

1: The right kind of video game

We were very happy with our sponsorship of the Pro Evolution PES team of Boavista, which resulted in this video among other things, but this time we wanted to connect with a team that was competing in one of the more traditional and popular esports games. That pretty much limited us to a first-person shooter game. Overwatch is near the top in all categories and one of our all-time favourites. We love the fact that the maps are based on real-life locations around the world.

All-in Global literally represented the last hope of joining the World Cup for the Portuguese Overwatch team. They were just about to give up when we contacted them. Now they are all set to travel across the Atlantic and fight for their nation as an underdog in one of the biggest international esports competitions in the world. The host nation is the US. The Korean team are favourites. We simply cannot wait to watch the Portuguese play their first match on November 1st. It’s pure Hollywood material!

A total of 46 teams have qualified for the Overwatch World Cup 2019. Only the top 10 teams from the qualification phase get sponsorships from the game developers Blizzard, whereas the other teams need to finance the trip themselves. Some teams might not make it, but the global reach of the tournament is still massive. Making it a truly worldwide event was one of the organiser’s primary concerns.

“To create the chance of seeing more nations represented at BlizzCon, we’re happy to announce a tournament structure that will offer opportunities for all eligible countries to form teams to challenge for their right to play in the onsite Group Stage,” Blizzard wrote according to dotesports.com.

The tournament will take place during BlizzCon 2019 at the Anaheim Convention Center where “the most passionate community in the world takes center stage” in early November. All-in Global are excited about the fact that team Portugal will be there.

At All-in Global we work with more than 400 translators, writers and other language talent from all around the world, with our physical headquarters in Malta and Portugal. The fact that “our” team in the Overwatch World Cup is from Portugal has several advantages. The majority of our in-house staff are Portuguese, so it will be easy to get everyone excited about following their team. The local anchorage also made it easier for us to gather the players to promote the event. GREYY, KOUHEN, ATF, LEMONADA, JAKA and PHATT will be in Lisbon for a day to prepare the PR. Our crew of videographers, photographers and writers will travel together with Team Portugal to various locations in Lisbon to create some cool content in the build-up to the World Cup.

5: An opportunity to bridge the esports language barrier

Some of the players in the Portuguese team aren’t too comfortable speaking English, which adds to the challenge of the strategy interviews we are planning. But as language experts we are confident that we will be able to help them find the right words. This is a good example of our main aim when it comes to esports; we want to bridge the esports language barrier. So although English will be the language spoken in the videos we produce for Team Portugal, we will add subtitles in both Portuguese and Korean. This will massively increase the reach.

Our only worry is that the Korean team will use any talk of tactics to their advantage, but hopefully Team Portugal does not reveal too much.

Follow this space for more upcoming stories about Team Portugal and the Overwatch World Cup.